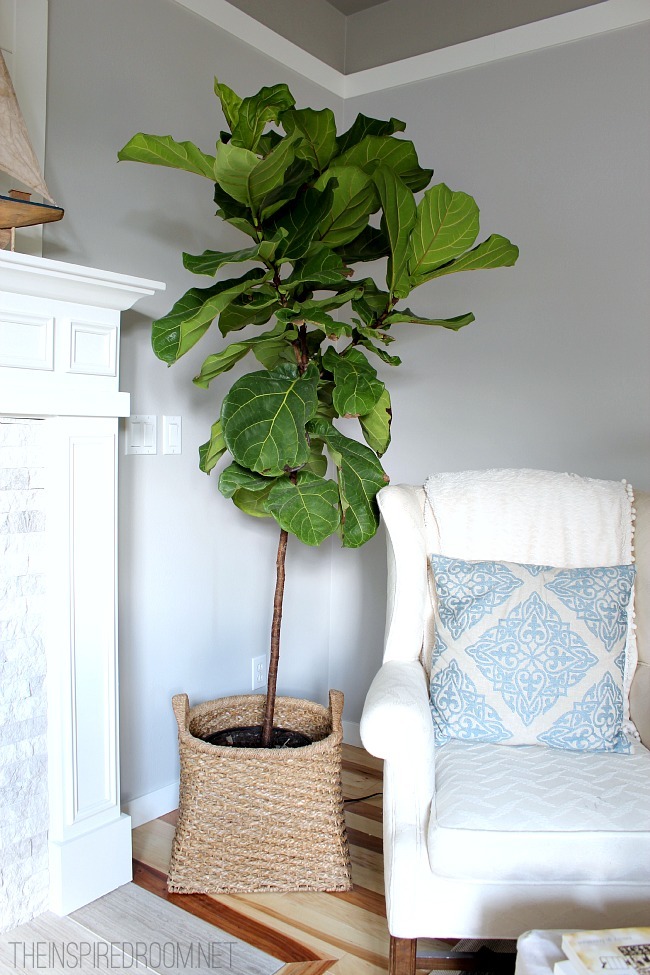 You might remember when I got my Fiddle Leaf Fig last year. It was really full and green and other than some brown spots or edges here and there, it looked pretty good. It filled up the corner of my family room quite nicely and made me look like I was not only really trendy and designery, but like I had a green thumb.

But within a few weeks, as I do every plant I’ve ever owned, I killed it. 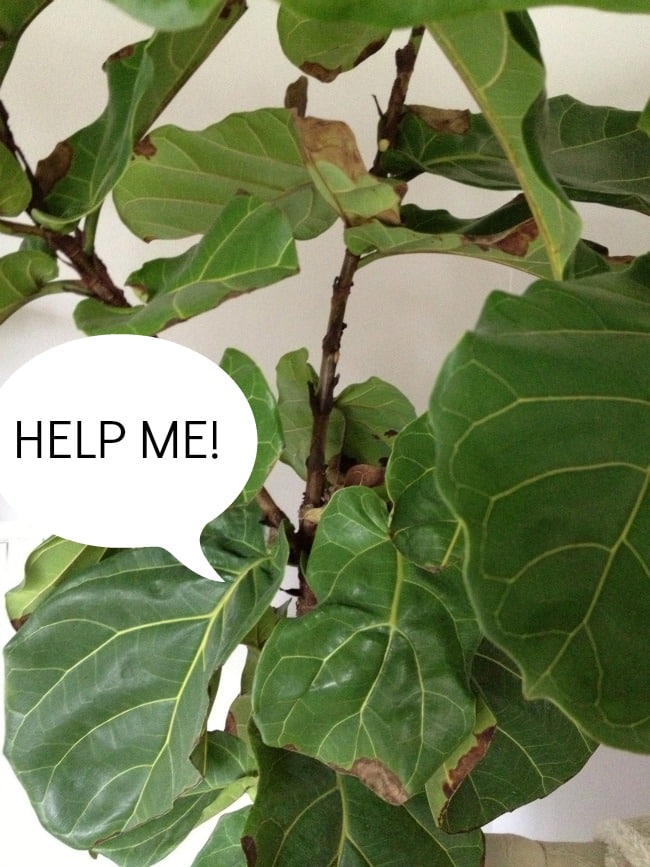 Caring readers tried to help save it and gave me such good ideas and tips.

Concerned plant people were asking their friends and spouses for advice and emailing me its diagnosis.

But it continued the downward spiral until it basically had no leaves left.

It was just a stick in the pot. 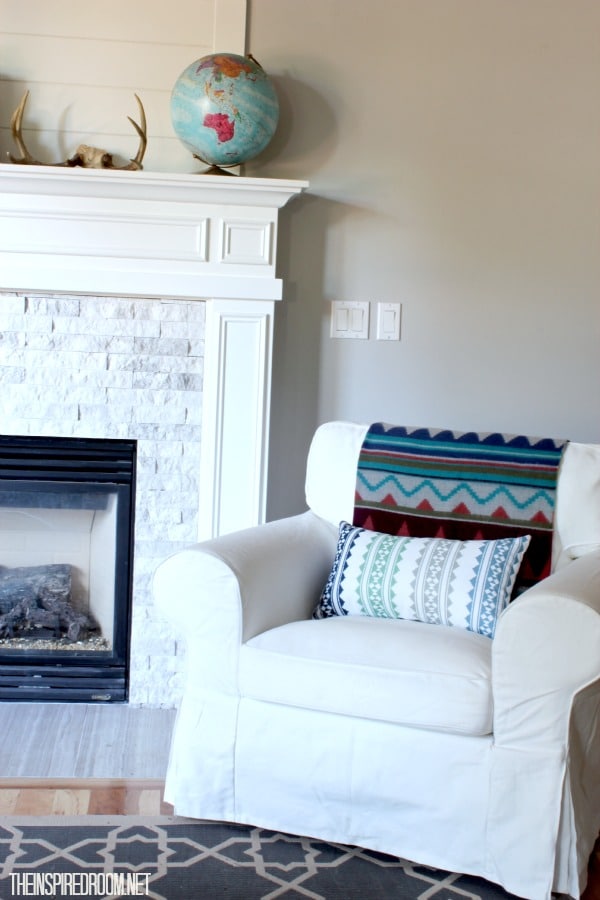 Readers starting noticing the blank lonely corner in my family room where it used to be. I got lots of emails from people were wondering where the Fig went.

So of course I was honest and told everyone I just set it outside to enjoy the warm summer sun.

But once it was outside, I actually forgot about it.

I never watered it.

I never talked to it.

It was around the corner from view so I didn’t even see it most of the summer.

I left it for dead.

I assumed it was gone.

I didn’t mention it again. I just started a search for a new Fiddle Leaf Fig.  I had flashbacks to when my little sister and I were kids and we had pet goldfish. Mine was named Seymour. My sister’s fish was named Jill.  A few times my mom and I found Jill floating in the fishbowl. There was a quick moment of panic,  but I would spring into action distracting my sister while my mom would run out to get a brand new Jill. Yes, sometimes Jill looked a little different. Sometimes Jill was on vacation for days. One time she returned a different color, like with a suntan. But the important thing in my sister’s world was that JILL NEVER DIED. 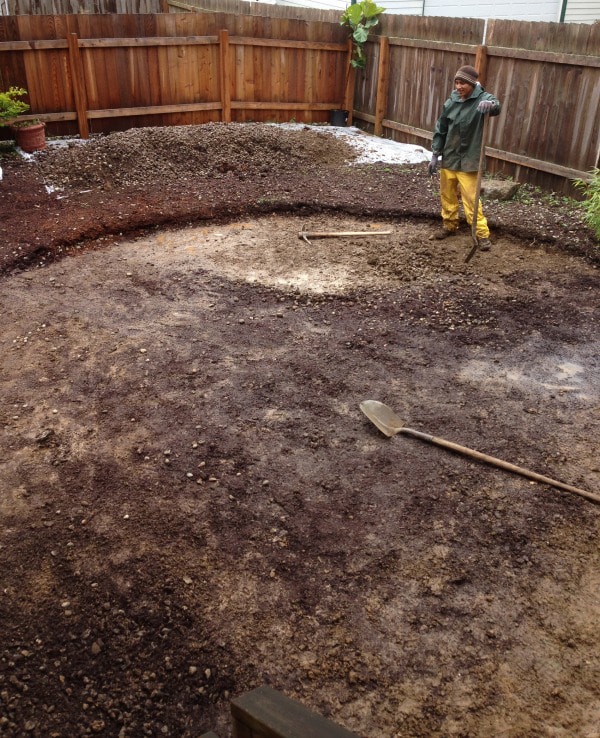 So back to the Fig, while I was out of town in the Fall something miraculous happened. My husband texted me a picture of how our gravel patio area was coming along. That actually wasn’t the miraculous part, that was just how I discovered it. While I was really excited about all the progress and help in the backyard while I was  out of town slaving away working, I noticed something way way in the back corner of the yard.

A tiny little something that wasn’t there before.

Do you see it?

It was the Fig! ALIVE AND WELL! (It was the SAME one, I promise.)

My husband had moved the Fiddle Leaf Fig from where I had left it to the back corner of the yard when our helpers started digging out the patio.

And there it was in the photo, alive! With leaves!

I could hardly believe my eyes. 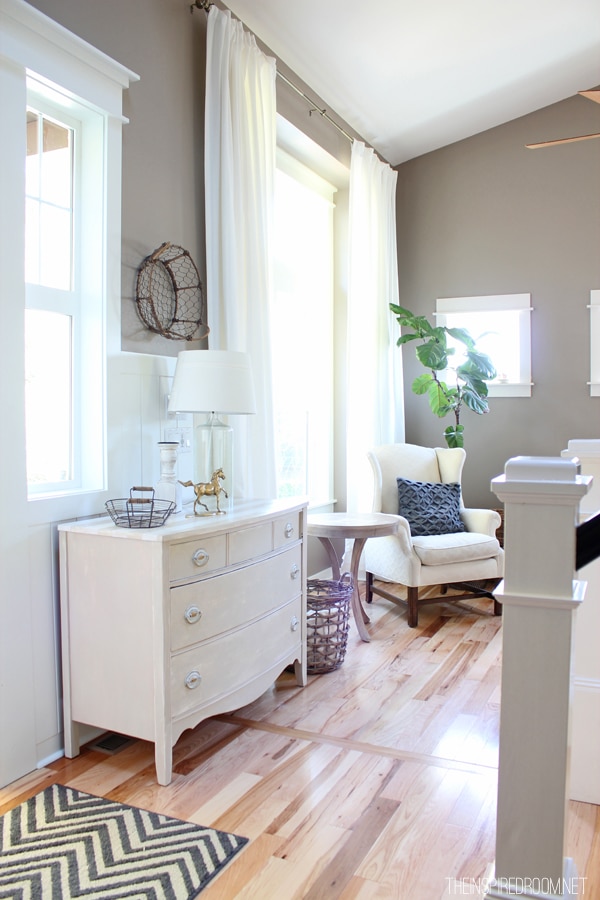 I was stunned, but of course I said all the right things when I saw it. “I’m glad to see it’s doing so well. I meant to do that. It just needed some sun. It was outside to recover.” BLAH BLAH BLAH. I left it there until mid-fall. It was still looking pretty good but I decided it should probably come in where I could care for it through the winter {RED FLAG!}. I brought it in to the brightest sunny area of the house to spend the winter, which isn’t really SUNNY because we live in Washington, but it was the best sun I could offer it.

You may have spotted it way back in the corner of our living room the other day. It is alive, but you may have noticed it’s a little scrawny looking. A shadow of its former self. Bless its heart, though, it’s trying to stay alive. 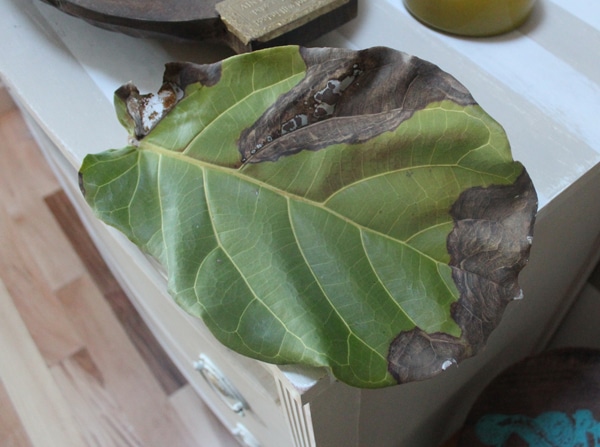 Upon close inspection, you can see some of the leaves look like this. Brown, scaled and crispy. And they sometimes fall off.

All I can think of is for its own good it might be begging me to put it back outside when the sun comes out. No plant wants to risk being in my care.

So now you know the whole story of what happened to the Fiddle Leaf Fig. I wish I could say it was thriving fluffy beautiful green plant, but this is all I’ve got. Failure.

I just may need to start over with a new plant.  Or perhaps be plantless. I just love house plants so I wish I could keep them alive!

Has anyone had a thriving Fiddle Leaf Fig in their house longer than one year?